On the opening day of the 1946-47 season the first league match at Anfield for seven years saw Billy Liddell and Bob Paisley make their debuts in a game that saw the Reds hanging on after being 6-0 up within an hour.

The 1939-40 season was just three game sold when fixtures were suspended after the declaration of war, with Liverpool’s final game being a 1-0 win over Chelsea before a subdued crowd of 18,000. All records from 1939-40 were officially expunged but when league football began again in 1946, the fixtures were to be the same as had been intended seven years earlier.

Liverpool went on an American tour to get to know each other again and began the domestic season with a 1-0 win at Sheffield United, followed by a 1-0 home defeat to Middlesbrough. Liddell, who had been signed from Lochgelly Violet in 1938 missed both these games through injury, but was passed fit for the Chelsea game.  Paisley was another debutant, being given an opportunity due to an injury to Eddie Spiver. Regular keeper Cyril Sidlow was also out injured and his place was taken by Charlie Ashcroft. Five of the Liverpool line-up had played in the 1939 fixture but as Chelsea’s Dick Spence was injured they fielded all new faces, including former Everton legend Tommy Lawton.

With the Middlesbrough game having been played on a Wednesday afternoon and many fans not making it due to work, this Chelsea game was the first chance many would have to see the Reds. A crowd of nearly 50,000, more than double that for the Middlesbrough game, squeezed in and many fans had to be redistributed around the ground for safety as the stifling heat made the conditions even more uncomfortable. 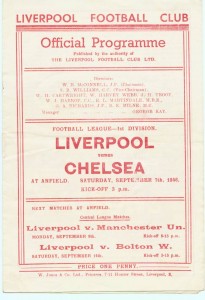 It took just three minutes for Liddell to get off the mark when he scored directly from a corner, the ball going in off the post. Bill Jones scored two just before the half hour mark and a minute before half time Willie Fagan made it 4-0.  Outside the ground, an estimated 5,000 fans who were locked out were following the game from the cheers of the crowd.

Soon after the restart Jack Balmer made it 5-0 and Liddell got the sixth in the 50th minute when  he weaved through Chelsea’s backs and fired the ball home. He had taken a clout on this run though and was nowhere near as effective for the rest of the game, which saw Chelsea stun the Reds with four goals in a seventeen minute spell.

Paisley came close to a debut goal when he exchanged passes with Liddell but he shot over the bar. Then with three minutes remaining Fagan calmed nerves with a seventh Reds goal, leading to a pitch invasion by many of the youths who were now spread out around the cinder track.

That nights Liverpool Echo concluded that Paisley and Liddell had ‘made a big difference’ and it so proved as the Reds went on to end the season as league champions. 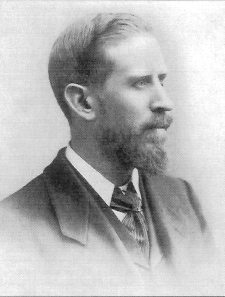